This personal statement exhibits the qualities of effective writing, which won him admittance to the medical school of his choice!

Qualities of Excellence Include:

“Last stop!” the bus driver calls out. Stepping off the shuttle, I make my way towards Children’s Hospital Boston. The walk is very familiar; it is the same one I make twice a week to the Advocating Success for Kids (ASK) program in the primary care clinic. At the clinic, I work as a social advocate for under-served children diagnosed with developmental disabilities, such as Attention Deficit Hyperactivity Disorder and Autism, guiding them through Boston’s educational and mental health systems. Walking on, I near the front of the hospital, and a conspicuous bright yellow sign, perched high above the main entrance, catches my eye. “CAUSE FOR WONDER!” it announces. To the left, there is an enormous picture of a smiling baby. Captivated, I stare for a long moment at the sign, reflecting on its personal meaning to me. From its simple design, two experiences that have solidified my conviction to become a doctor come to mind.

My thesis research in the laboratory at Children’s Hospital Boston for the past three years has helped me understand the importance of basic science, and make the connection from bench research to patient care. The focus of my study is based on the hypothesis that the up-regulation of the protein encoded by the DSCR1 gene, and its anti-angiogenic effects protect the Down syndrome population against cancer progression. From designing well-controlled experiments to presenting my work to the greater scientific community, this invaluable experience not only broadened my scientific knowledge and drove me to think beyond what is known, but also aided me in developing a strong basis from which to comprehend and investigate medicine. I am excited that my findings might reveal new and promising possibilities in treating cancer patients and preventing tumor progression in the general population. Considering the potentially far-reaching clinical benefits of my research has reinforced my desire to pursue a career as a physician, where I can continue my love for learning in order to better understand disease and improve patient care.

Another critical experience in my journey towards medicine has been working as a social advocate in the ASK program. One of my very first patient interactions was with Christopher, a ten-year old boy who suffered from depression. He had never been properly evaluated, and thus his learning disability went undiagnosed. The first time we met, a prolonged silence filled the small, white-walled exam room. Christopher warily eyed me from head to toe, while his mother, Aracelis, maintained a perpetual look of concern. Something in her eyes, however, caught my attention. I could see an eagerness to speak, but her inability to communicate comfortably in English also made her uneasy. Realizing her distress, I began to speak to her in Spanish. A moment later, Christopher and his mother asked me in unison, with a mutual look of amazement, “You speak Spanish?” I smiled and nodded. From that moment, we not only engaged in a comfortable conversation, but also began to build a relationship of mutual respect and trust.

For the next six months, the doctors and I worked hard on Christopher’s case. Even while studying at school, I found myself on many nights pondering future strategies for Christopher. I conversed with Aracelis on a weekly basis, keeping her abreast of my progress in arranging testing and securing an individualized education plan for Christopher. And each time we spoke, she ended the conversation with a heartfelt gracias (thank you); a brief acknowledgement which I nonetheless found very fulfilling. Having been successful in instituting a new academic plan for Christopher, I witnessed his substantial progress. During Christopher’s last visit in April, he could not stop smiling as he excitedly recited his multiplication tables, and his mother looked on proudly and grinned widely. Working with patients like Christopher has been extremely gratifying. I have realized the necessity and importance of complementing traditional medical care with community-minded and personal approaches that address the broader dimensions of a patient’s life, such as his or her cultural and socioeconomic background, in order to promote the best health possible. Ultimately, this experience has reinforced my desire to be able to help those in need, and therefore contribute positively to the practice of medicine.

Returning to that hopeful depiction of the smiling baby above Children’s Hospital Boston, I have now come to fully understand the underlying message inherent in the slogan “CAUSE FOR WONDER.” For me, that message represents an essential bond between the scientific and humane aspects of medicine. Three years of study at Harvard, in-depth cancer research in a laboratory, and intense clinical work as a social advocate at Children’s Hospital Boston have collectively allowed me to understand, to appreciate, and embrace the varied intellectual and personal challenges of medicine. While there are many other professions that contribute positively to society, I am confident that I can best see myself satisfying my passionate pursuit of scientific knowledge and fulfilling my love for helping people as a medical doctor.

My daughter and I are thankful for Marion’s service. She was flexible and met multiple times at the town library. My daughter feels prepared for her AP English exam this year. 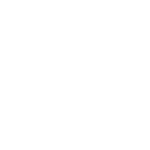 Is Marion right for you?
Just ask her!

No question is too small, and I know that all writers have different strengths and unique needs. My goal is always to help you develop your ability to write a logical, organized, essay with a distinct voice and style—wherever you are in your process! Often, that means a customized coaching arrangement, and I welcome that.